While working with Enginius Ingegneri Associati (1993-2010), Marco Peroni dealt with the realisation of a cycle-footway in Via Lapi in Faenza.
The implementation of the structure was part of a bigger rehabilitation and conservation plan for the town medieval walls. This project especially concerned the fortified tower, where in the 1960s new stairs in steel and concrete were built (but proved to not be suitable later). Considering the urban and historic context, we combined the structural design with an important architectural study.
The footway has a sinuous form supported by a series of wood poles in circular section. Each pole is slightly and differently inclined, in order to blend together with the trees of the park below the walls. After years, the colour of the supports got further grey and today the crossing looks almost like a natural element. 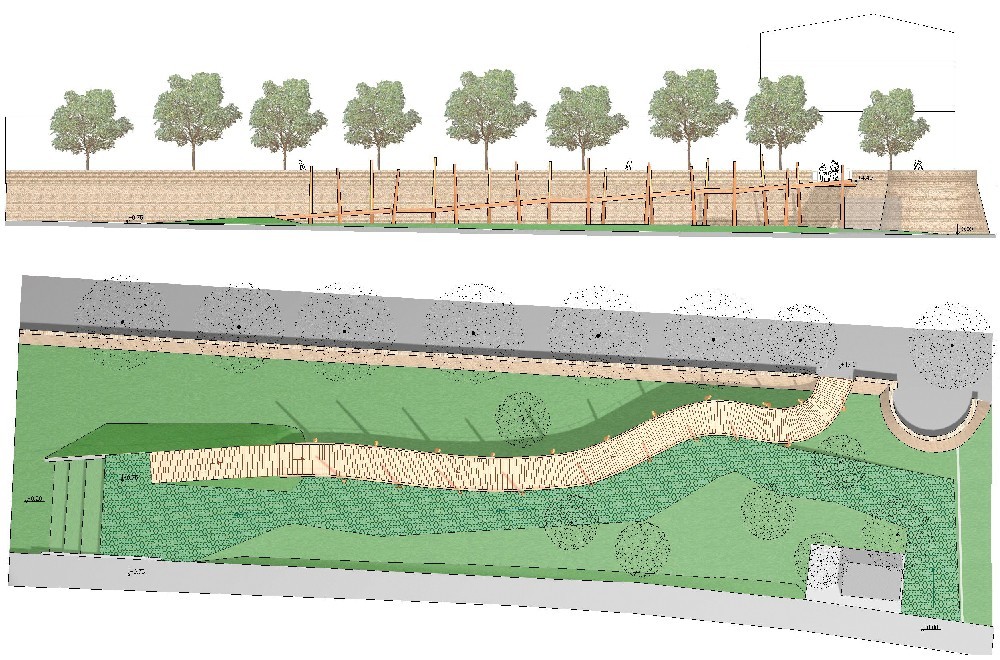 Map and scale of the footway. 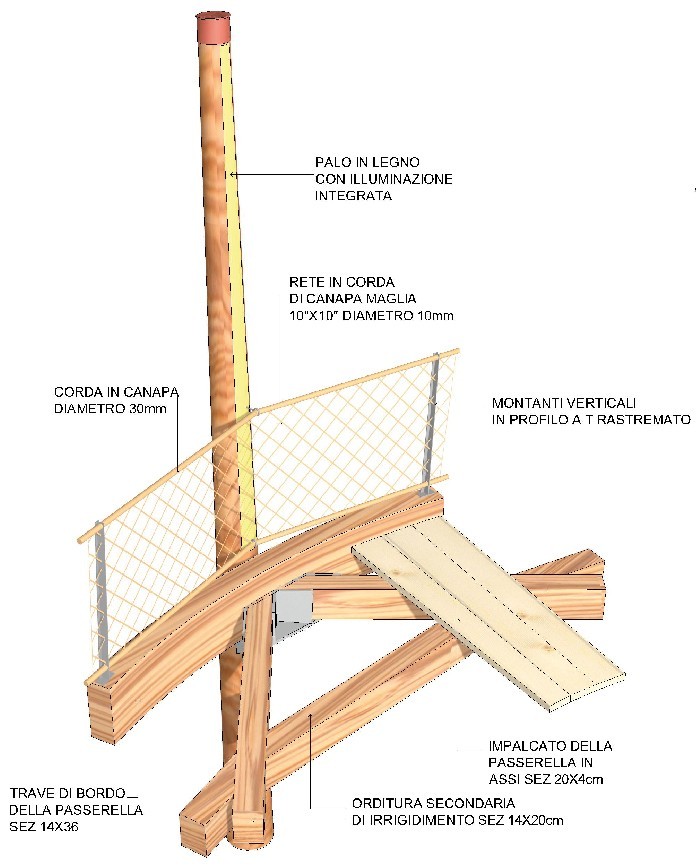 Detail of the wooden footway. 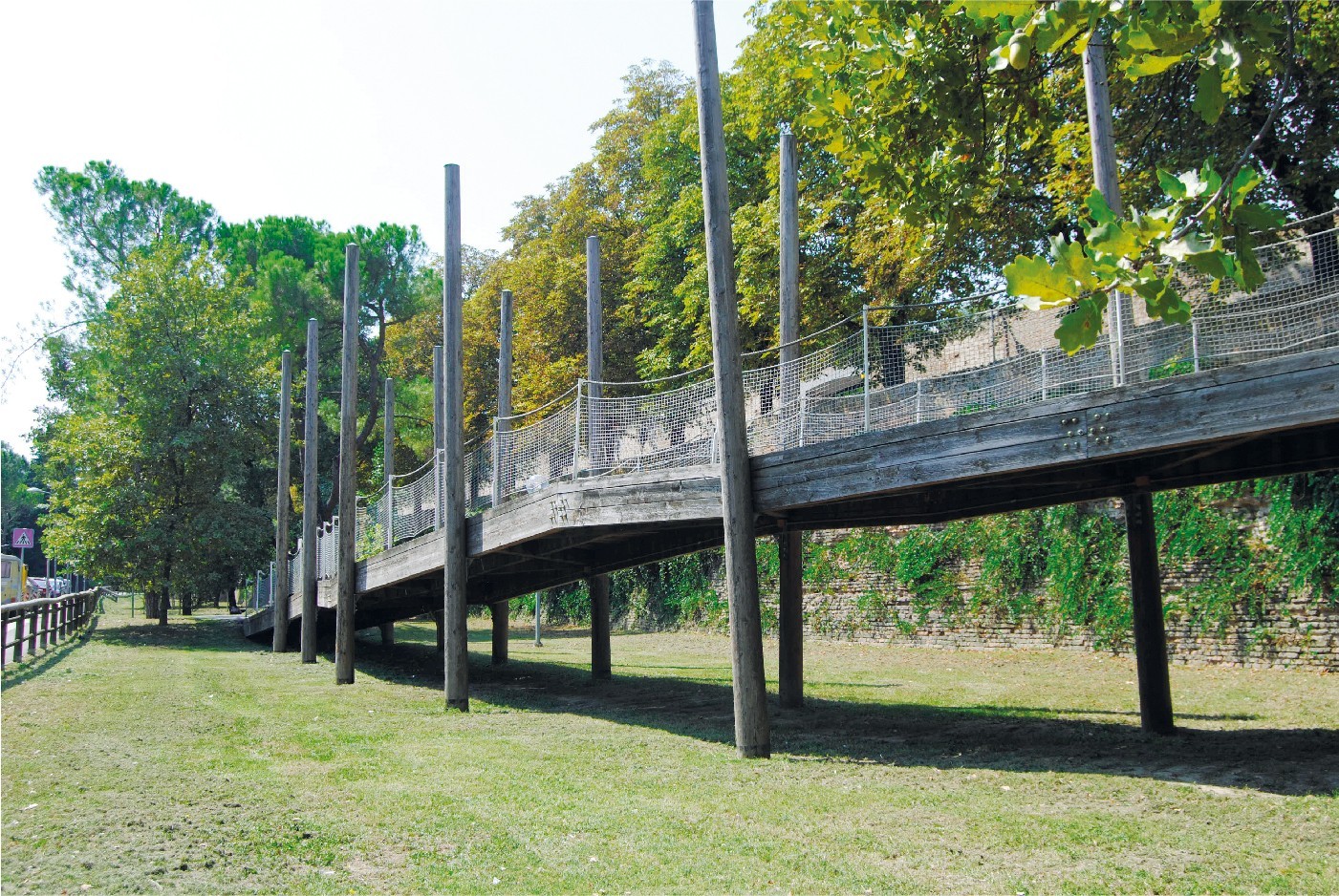 State of discolouration of the footway’s wood (Summer 2018).