Proposal for an inflatable footbridge

Description of the project

In occasion of a contest held by Agenzia Romana for the preparation of the Great Jubilee in 2000, we developed a project for a temporary footbridge with a pneumatic framework. The idea was to design a structure easy and fast to assemble, in order to not obstruct the traffic in Piazza S. Giovanni in Laterano.
Our proposal was awarded an honourable mention for its originality and can still be considered an innovative solution.
The bridge consists of two inclined opposite arches, each one inflated at a pressure of 5 atm. The footpath is made of Vectran, a special material composed by several layers of Kevlar and carbon fibre which is able to resist even a gun shot. The footway is supported by a three-dimensional support system made of transparent panels, which are in turn sustained by pultruded profiles (a very resistant and lightweight plastic material).
The result is a lightweight tensile structure with a thin, stable and safe shape, which is able to take advantage of the material in traction and the air pressure to discharge the compressions of the main parabolic arch.
This project appeared on numerous Italian magazines (L’Arca, Quark and Newton) and international ones, including the prestigious Popular Mechanics (2001). It was presented at the Footbridge 2006 conference (Porto) and at the Membrane Structures Congress 2008 (Barcelona). 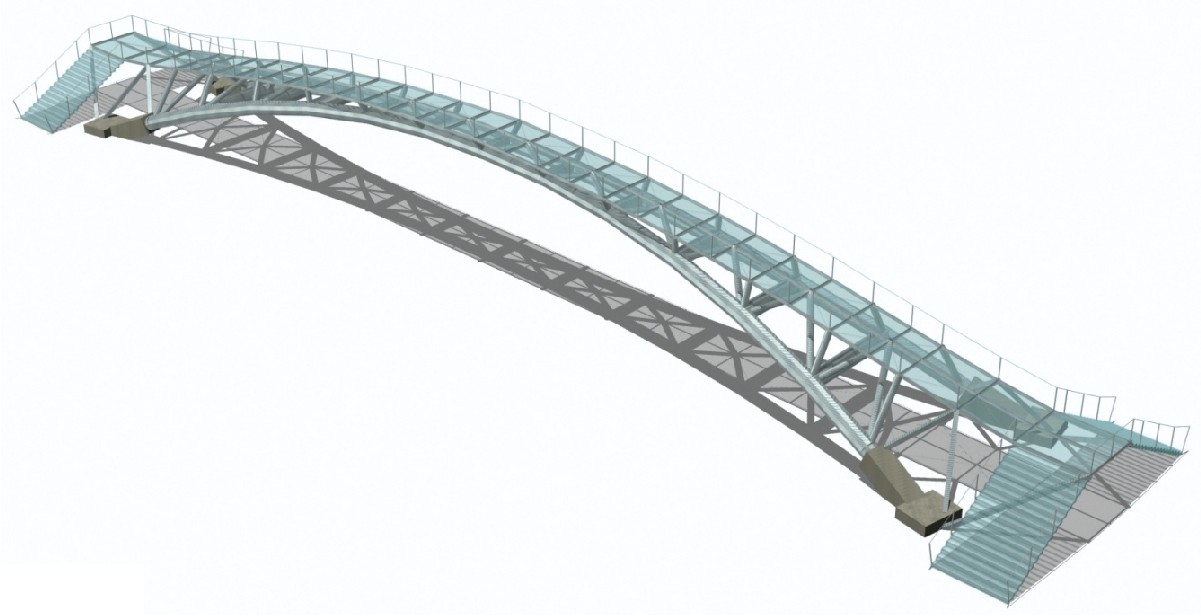 Rendering of the bridge’s framework. 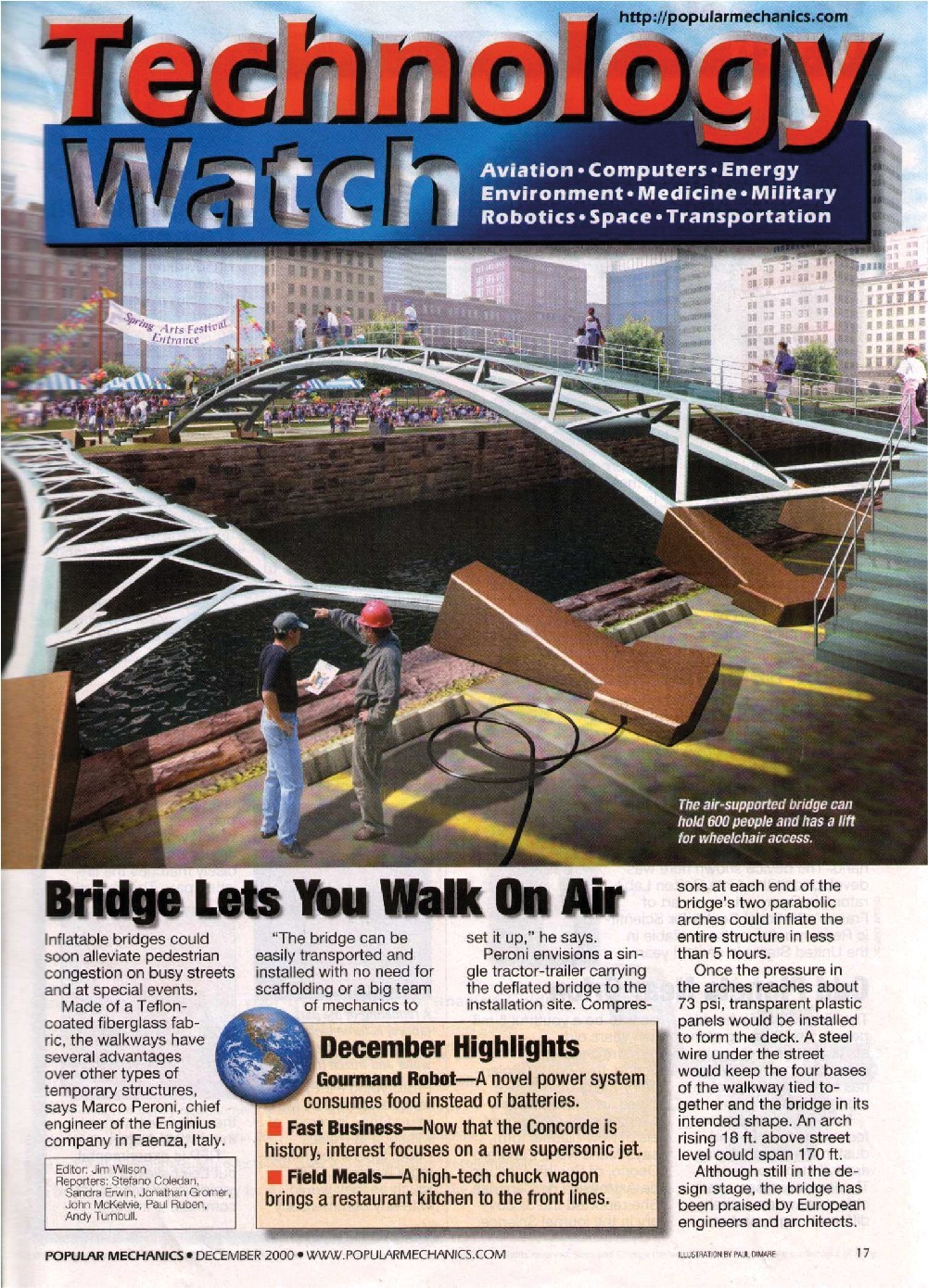 Article dedicated to the project, published on the US magazine Popular Mechanics (December 2000).